Dog Behavior Problems: Why, What and How to Solve Them! 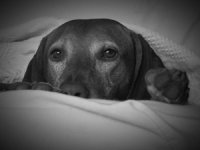 Dog behavior problems are one of the biggest subjects and issues within the dog/human relationship. It may be difficult to really grasp just how much of a problem this subject can be, but as per the results of a study done a few years ago in the U.S., it appears that dog behavior issues are the number one reason that dogs end up in shelters or euthanized. So this is a very big problem for many people.

It is actually quite a challenge to find a household with a dog that doesn’t exhibit at least one issue from the vast spectrum of dog behavior problems. In most cases; we as dog owners learn to live with the issue or even worse, we find excuses and reasons to justify our dog’s behavior issues.

Where it all begins

Before we jump into a list of different groups of dog behavior problems (which you can find below) we need to mention a little about why these problems happen in the first place.

First of all, the mutualism that dogs and humans share has changed significantly from what it originally evolved as, into what we share today. In today’s world, a dog’s place has changed.

Dogs no longer have duties and jobs anymore, instead they spend their days waiting in apartments, crates or fenced back yards for our return from a busy day, just to be able to spend some time together and possibly a short walk outside.

This is one of the biggest fuels for dog behavior problems. Every dog owner should ask themselves “How much am I trying to alter or adapt this once-symbiotic relationship?”

Does their lifestyle allow them to take care of a dog in the full sense of the word, with enough time and resources to fulfil the dog’s natural needs?

What mistakes do we do? 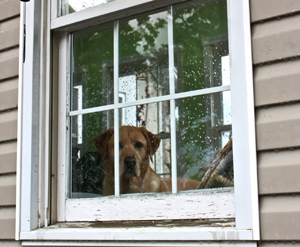 Even though it is hard to accept, the truth is that whatever is going on with our dogs is a direct result of our influence. Mistake number one has been mentioned above; the way our life is organized and the environment where we live may not be compatible to having a dog.

The second mistake is irresponsible breeding. Regardless of the reasons that people have for breeding dogs, there are dogs with such behavior patterns that they shouldn’t be bred, simply because the type of temperament is then more likely to be present in their offspring, resulting in dogs that are prone to dog behavior problems such as different anxieties or fearfulness, etc.

When you are planning to get a dog, pay attention to where you are getting it from. Avoid the possibilities of creating a potential headache by getting a dog from parents that show inherited types of dog behaviors, which may in turn, lead to behavior problems for you and your dog, down the road. The best advice for how to prevent this is with knowledge.

This is an important part of dealing with dog behavior problems. We use this training technique in various different dog trainings and dog sports, etc. in fact, this concept is often the driving force of the training’s success. By having a dog that doesn’t know which repetition of a given action will be rewarded, he will keep doing that action and eventually, he will earn his reward.

Unfortunately the same concept applies to unwanted behaviors. By occasionally letting a dog perform unwanted behaviors (regardless of us being or not being aware of it) we are actually rising the criteria and that particular behavior will now take longer and will be more difficult to deal with and extinguish. 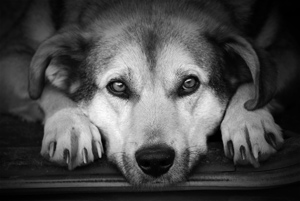 Not many dog owners are aware of this common occurrence. Once you start dealing with and addressing a dog behavior problem, working to extinguish it, that particular behavior will first increase, before it subsides. In most cases, people see this as a failure in the treatment and therapy and they try changing the approach which is the wrong thing to do. Any behavior will increase up to a certain point and then it will start disappearing.

If you stick to the training plan, and go through the behavior extinction burst period you will see a lowering of the intensity and eventually you will reach your goal.

Arm yourself with knowledge

Put it this way; either you will learn and study prior to getting a dog or you will be forced to learn, after your dog expresses some type of dog behavior problem. Knowledge about dogs is an inevitable process for a dog owner.

Some of the most common mistakes that result from a lack of knowledge are:

This list can go on and on, as mentioned, knowledge is an inevitable part of the package of getting a dog.

How to deal with dog behavior problems

This is a complex question to answer. It lays in a combination of our knowledge, time, patience and also the type of dog behavior problem, dog temperament, etc.

Again a few common mistakes that most dog owners make:

What you really need is to deal with the issue. 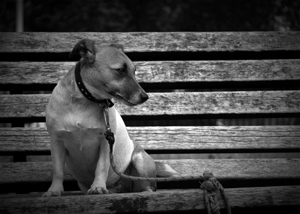 Dealing with a dog behavior problem requires outstanding team work from both your dog and you, and yes I would also recommend seeking professional help or input if you are not quite sure about how to do it yourself, at least to start with, so that you can get started in the right direction.

“Being persistent, patient and consistent is as much of a challenge for us, as altering a “bad habit” is demanding for our dog. “

There are many aspects that play important roles when dealing with certain issues; like the ability of the handler, the environment, the dog’s temperament, etc. No two cases are the same; therefore each case requires a unique approach to find the best solution for the problem.

There are different techniques that people use when dealing with dog behavior problems such as:

There are hundreds of different dog behavior problems, so I will try to address a list of the most common ones for now, and this list will keep growing with more updates.

First of all we can divide dog behavior problems into two groups:

The first group of behaviors are actually a dog’s normal and natural behaviors such as:

Although these are actually normal dog behaviors, they can be problematic for us humans and are usually wrongly labelled as “dog behavior issues”. Because of this, I will include them in this first list above, and you can click on the individual behavior in order to find out how to deal with it.

The second group of behaviors are actual dog behavior problems. These normally arise due to inherited aspects or due to the influence of various other reasons such as environment, training, inappropriate socialization, etc.

As mentioned, this list will continue to grow with time, as there will be more and more dog behavior problems added. Remember that dealing with a dog behavior problem is a time consuming, lengthy process; things rarely happen overnight. But with patience, persistence and the right approach, much can be accomplished.

Return from Dog Behavior Problems to Training Your Dog and You